We had the pleasure of hunting antelope in unit 4A with Taylor Rimsza.  After a few weeks of scouting, we were ready to see something hit the dirt.  A buck we'd nicknamed "Lefty" was on the top of our list.  However, some other hunters bumped Lefty the night before the hunt and we never saw him again.  But on day 2, we'd glassed a buck tending a doe about 2 miles away.  A plan was devised and I went to the top of a hill, while Taylor and his brother, Brian, moved in to cut the distance.

We watched the bedded buck and doe for 2 hours in the heat.  Finally the buck got up and pushed his doe into an opening.  Taylor settled in for the 385 yard shot and let it rip.............. twice!  Brian did a great job of capturing the whole thing on film.  We will post the video soon.  Thanks to Devin and Damon for their time and also Taylor and Brian Rimsza for allowing us to help.  It's always nice to hunt with good guys that love to hunt as much as we do. 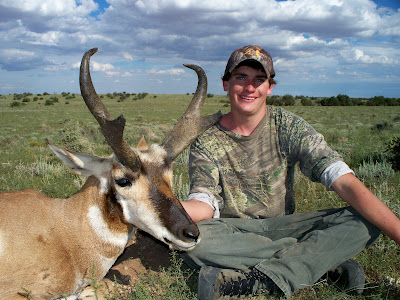 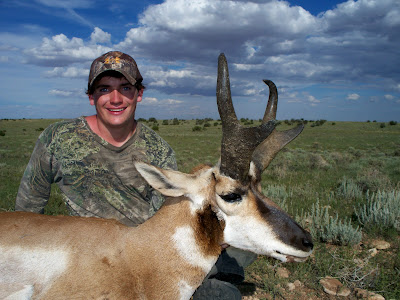 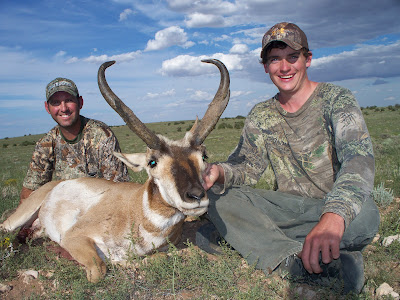 Posted by Daniel Franco at 9:39 PM