Two of the bulls were taken in Unit 1 with Mike and Devin.  Their stories and pictures will be posted soon.  The other four bulls were taken in unit 3A-3C.  J Lewis and I had the privilege of hunting with a great group of guys from Dripping Springs, Texas.  Jim and Weldon Smith, David Cooper, and Chris Masterson all applied together and made the trek to AZ.  With Thanksgiving crowding the start of their hunt, Jim, Weldon, and David opted to fly in on opening day while Chris made the drive with guns and gear.

The gang arrived in Heber at 2:15pm on opening day and we quickly loaded them up and headed to the woods.  J and I had located numerous bulls that morning and had three 6 points bedded in a cut.  Within 2 hours, we had all three bulls on the ground!  I've seen or heard of a couple of "double kills" but never a "triple".  It was awesome and I was able to capture it on film. 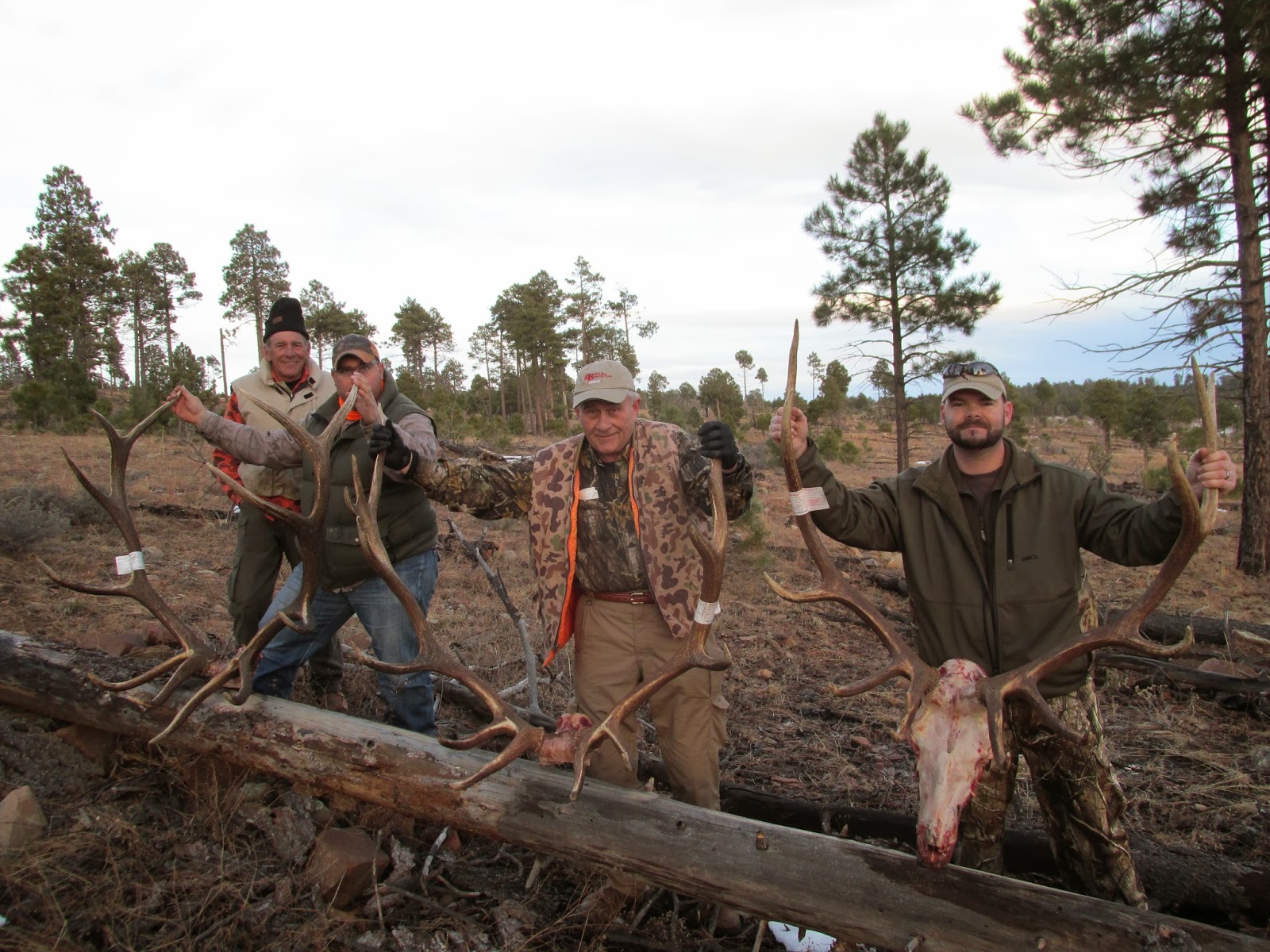 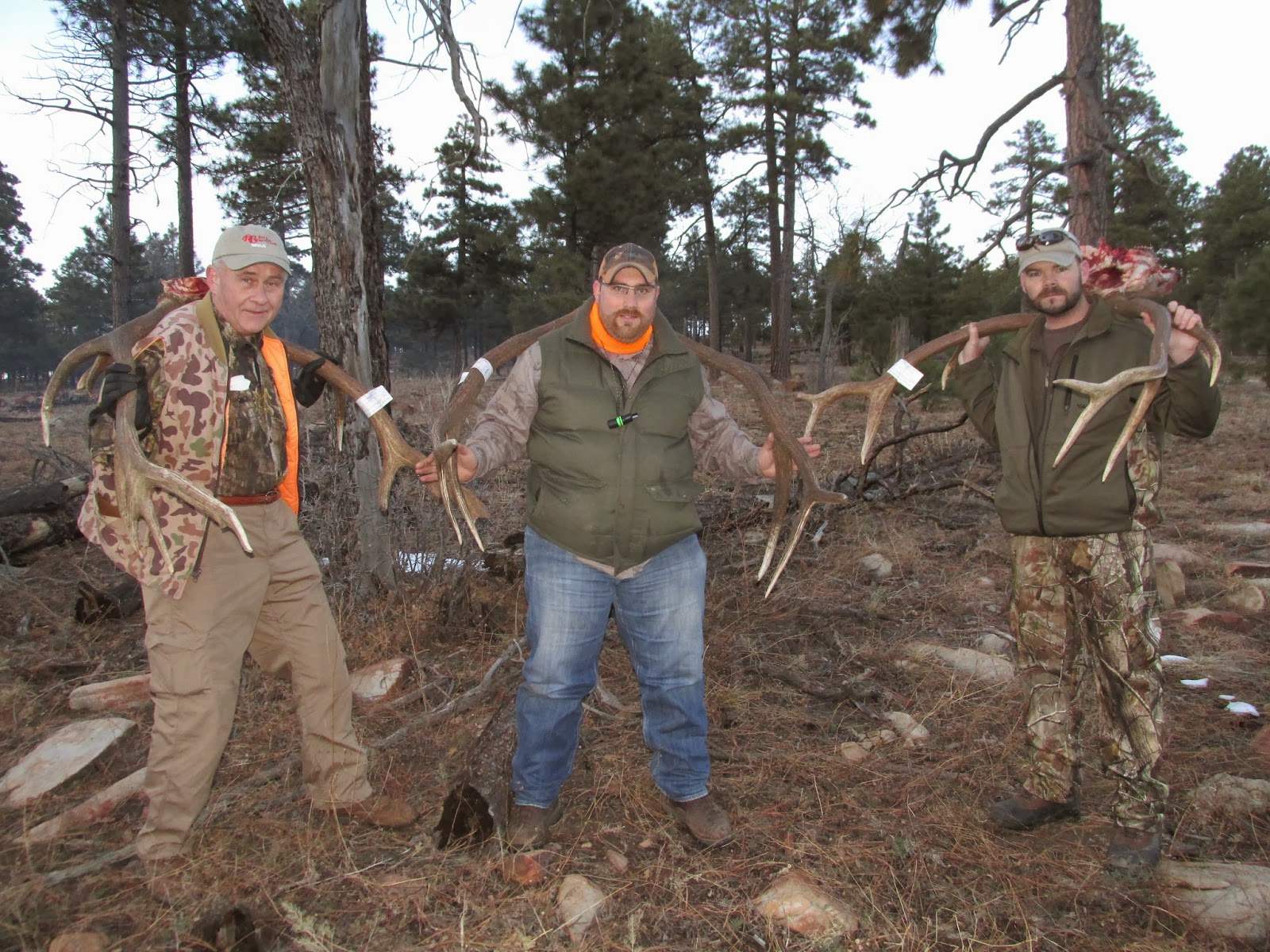 The Texas Gang and their Bulls
We spent the entire next day cutting and packing-out bulls.  But we still had a tag to fill.  On the afternoon of day 3, Chris was settling his crosshairs on an AZ bull and made good on a couple tough shots.  All I know is these Texas boys can shoot!! They did a great job and were all rewarded with great bulls and memories they will never forget.  Thanks again guys! 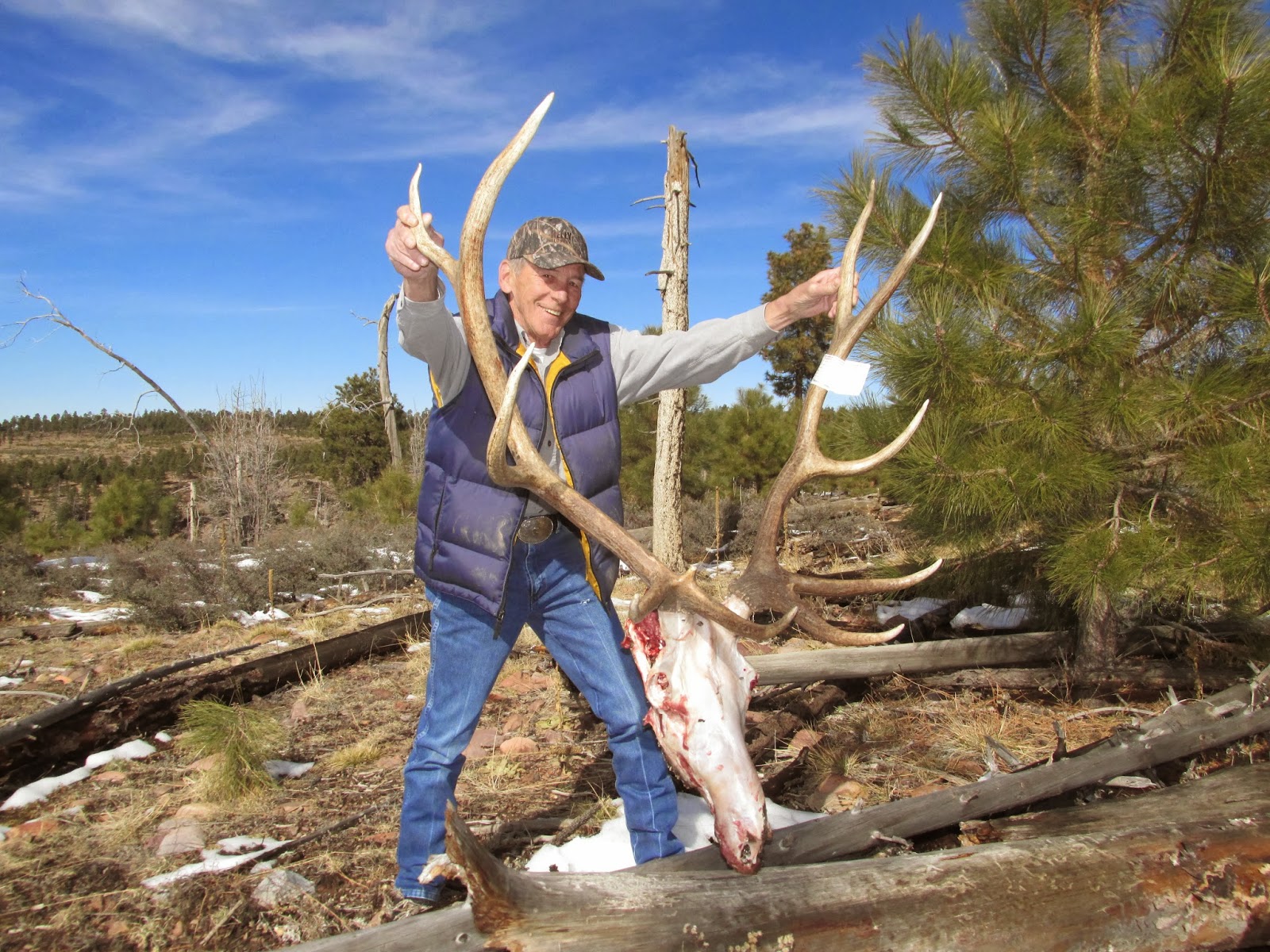 Chris with his AZ Late Bull
﻿
Posted by Daniel Franco at 9:09 PM 4 comments: